CircuitVerse is a Digital Logic Simulator on web. It is an educational tool for students interested in electronics to simulate and make circuits on their browser.

My project is to implement a testbench to automatically test circuits against test cases. This will replace the existing testbench element in favor of more robust testbench which runs faster, supports sequential circuits and gives the user greater control over running tests.

The Testbench project had the following goals

The engine is the brain of the testbench, control is shifted to the testbench engine when tests are run. The engine uses the simulator engine functions to run the simulation during testing. The engine is independent of clock time. The engine only waits for the inputs propagate, then checks outputs. So no matter what the clock frequency is, the engine can run all the tests in a fraction of a second.

The UI on simulator is the interface to this engine. The user can attach tests to the circuit and run the tests from this UI. User can choose to walk through the tests manually, one by one, or run all the tests at once and check the results. 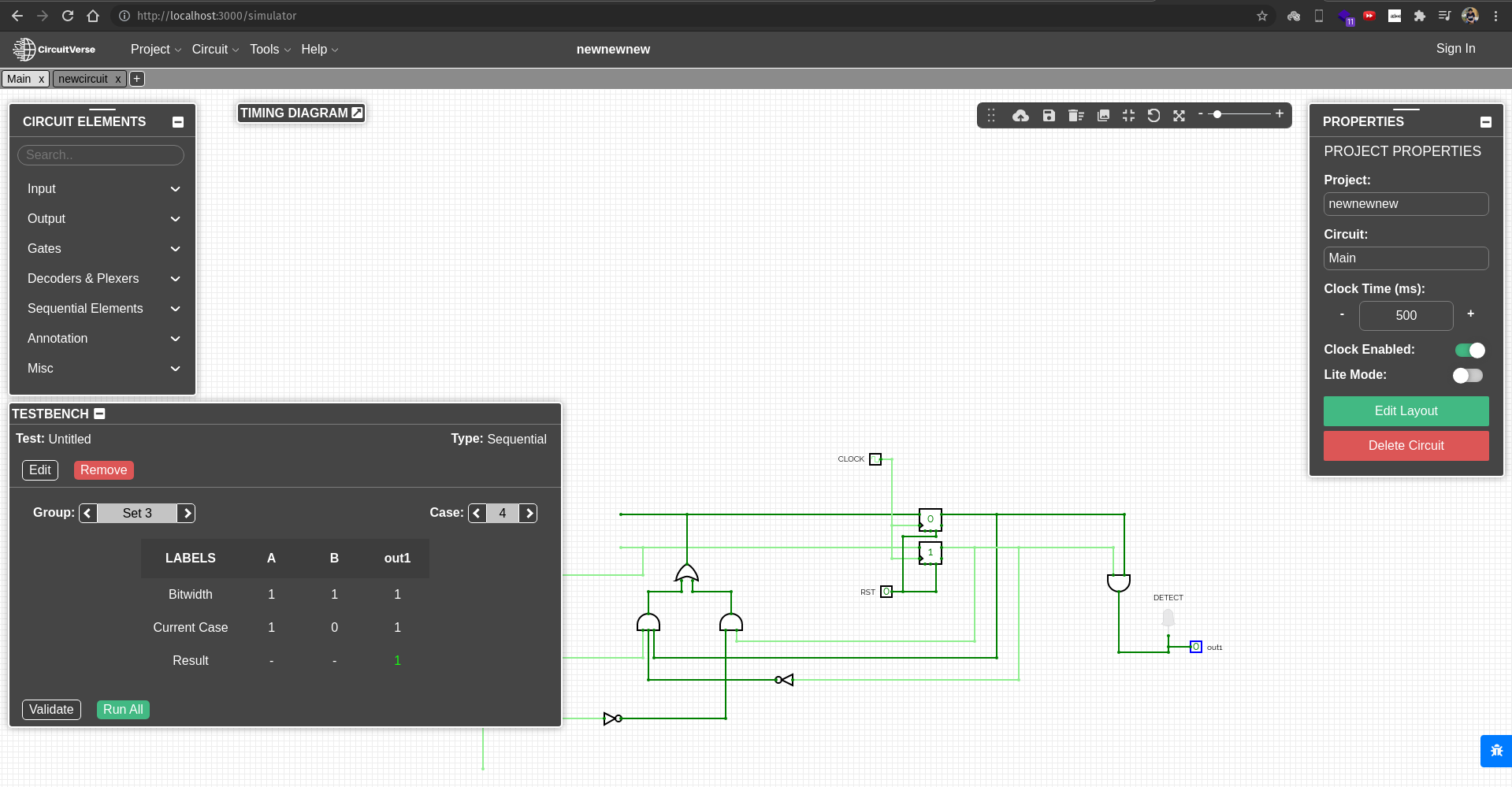 The UI on simulator is seamlessly integrated with the creator UI. The creator shows up as a pop up when the user wants to attach tests. When the user is done creating a test, the test shows up on the simulator UI.

The creator UI is also used to show the tests results if the user runs all the tests at once. 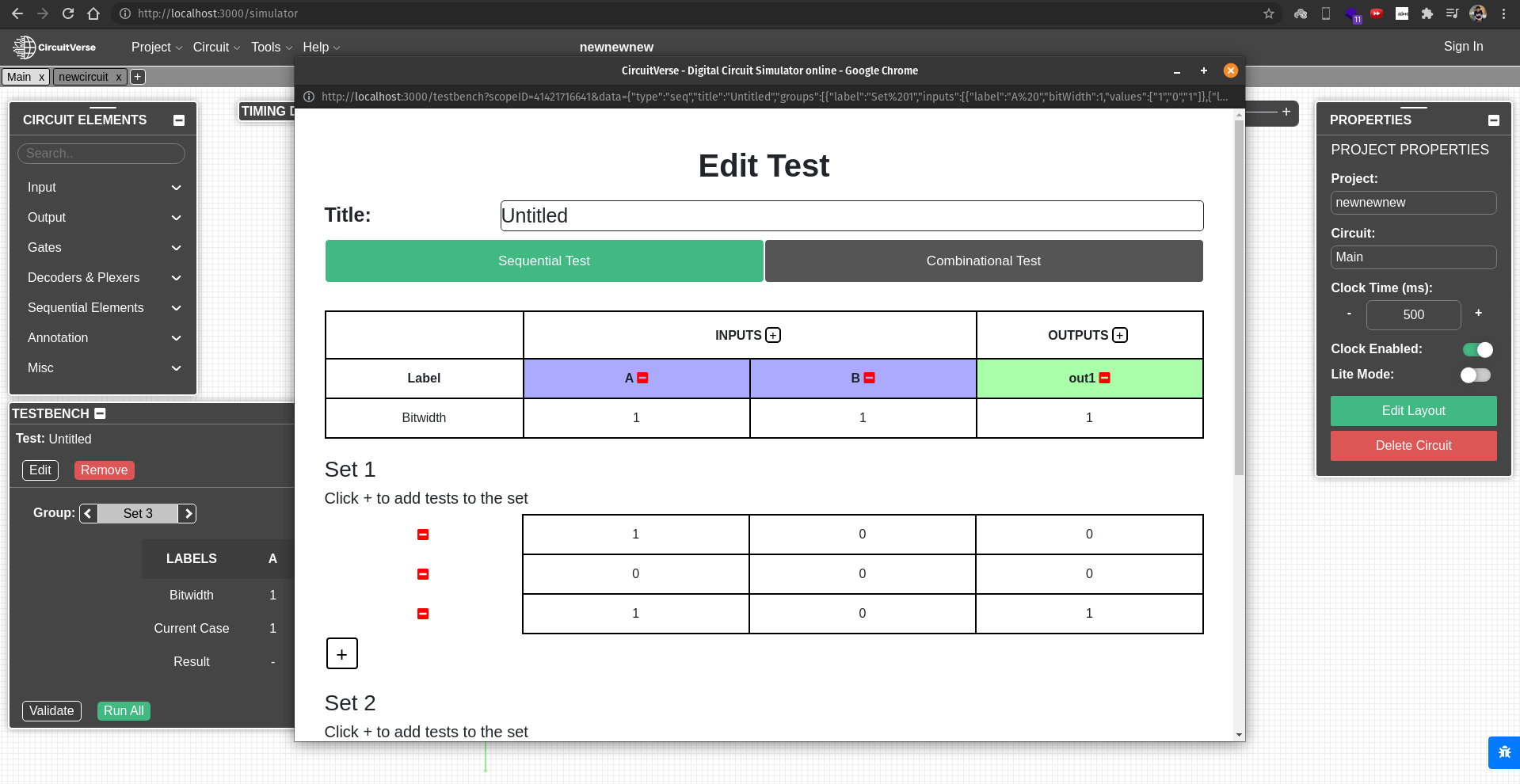 The test, once attached to a circuit, is stored with the circuit data. So the test loads automatically when the circuit loads. This is all the data that a test stores.

There are some extra features to be added to the project, that will be implemented post GSoC. For example the automated testing of assignment submissions. We decided that this feature might require extensive testing as professors might rely on the results of the automated testing for grading.

All these features are to be added iteratively.

The testbench engine also serves as a great interface to run automated simulator tests as well. We could think of a simulator testing framework that can use the engine functions to run simulator tests. Currently CircuitVerse does not run any automated tests for the simulator.

Above everything, I plan to stick around with CircuitVerse and contribute. For this project, I have learnt a great deal about the simulator engine and I can use my knowledge to fix many deep rooted bugs in the engine. We have already planned a series of refactors for the simulator core to make it more robust, which I will be working on.

Thanks to the core team at CircuitVerse, Satvik Ramaprasad, Aboobacker MK, Shivansh Srivastava, Samiran Konwar, Nitin Singhal and Shreya Prasad for providing feedback on my progress and conducting weekly catch-up sessions that kept me involved in the community.

Special thanks to Satvik Ramaprasad and Nitin Singhal. For helping me understand the engine code, helping a great deal with UI feedbacks and code reviews.

Feature Branch: Branch with all the code