The first evaluations happened from June 29th to July 3rd and Yay.. I Passed!!! This blog post comes as a summary to the amazing work done in the first phase of Google Summer of Code.

The mobile_app project was primarily focussed on two sub projects as follows:

Before the GSoC period CircuitVerse was primarily focussed for the Web. We have this very amazing simulator, ability to create groups, beautiful circuits, assignments with grading obviously <3 and a lot more features. make sure to check them out on our website. Thanks to our amazing community, @satu0king, @tachyons & @nitin10s.

For authenticating users, token auth is being used to encode user data and return the token for successful login/signup. The public_key.pem can also be fetched in /public_key.pem to validate the token signature. Also added /password/forgot to send reset password instructions. Coming onto users, all users public info is made available at /users & logged in user at /me.

CircuitVerse API supports fetching groups you mentor or you are member of @ /groups & /groups/mentored respectively. Mentor can also add group members using email in /groups/:group_id/members. Support to add/delete assignments had also been incorporated. Specific assignment can be reopened or start @ /assignments/:id/reopen & /assignments/:id/start.

A total of 164 specs/examples were added in view of the CircuitVerse API. The codeclimate coverage marked an increase of about 5%. Yay!

The complete API documentation has also been added using slate. PR #1512 is under review, the next step being adding continuous deployment for the documentation.

No rubocop recommendations were harmed during API development xD

Since I started early, i had some time devoted to the mobile app too. Hence had significant progress in the same context :)

I plan to use MVVM architecture for CV Mobile App. Provider for State Management & get_it for dependency_injection makes up an awesome pair for me :) I had previously talked about the file structure and the app architecture in detail in the first half of this blog post.

I have added login_view & signup_view with appropriate viewmodel bindings set up. Forgot password API has also been implemented..

The CV Mobile App can show you the groups you mentor or belongs to in my_groups_view, related members and assignments in group_details_view. Adding/Deleting groups members are also click of a button away :)

By end of phase one, 10 in all PRs, 7 have been merged, 3 are under constructive review. Contributed about 3500 lines of code in a total of 20 commits. Thanks CircuitVerse. 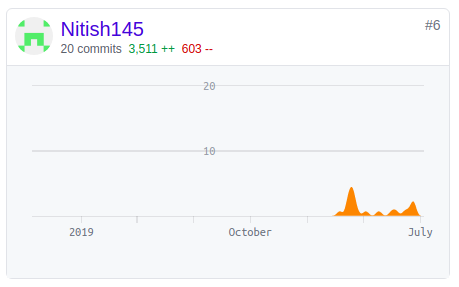 In the second phase, primarily i plan to implement the remaining sections, view & viewmodel bindings with some improvements to the existing codebase, FCM notifications etc.. Also, I would be now actively putting up PRs for different feature requests in the mobile_app. If everything works out well, the MVP for CV Mobile App shall be expected by the end of second phase.. <3

I feel myself fortunate enough to be working with the amazing CircuitVerse community with my mentors always helping me out if i gets stuck anytime.. The Journey till now has been amazing, i couldn’t have asked for more.. I gained a lot of insights in backend development with Ruby on Rails & best practices in general.. Looking forward for the exciting phase two..